Marketing is at a crossroad. The average American sees over 5,000 ads every day​. What worked even just a decade ago doesn’t any longer. Consumers have shorter attention spans than ever before​, and its continuing to drop fast.

Combine that with the fact that consumers are in charge of where they consume information, turning to varied and ever-changing social media platforms rather than traditional means.

In this day and age, we believe digital marketing is the backbone of a successful business. A complete, thorough, and holistic marketing strategy is the only way to build a long term, scalable business in today’s climate.

There is no one-size-fits-all strategy. Taking that approach will only lead to mediocre results. A successful marketing strategy must be based on the unique business and its target market. It must be tested, and the results must be accurately interpreted and used to change, adjust, and create growth.

201 Creative is a digital marketing agency that does just that: 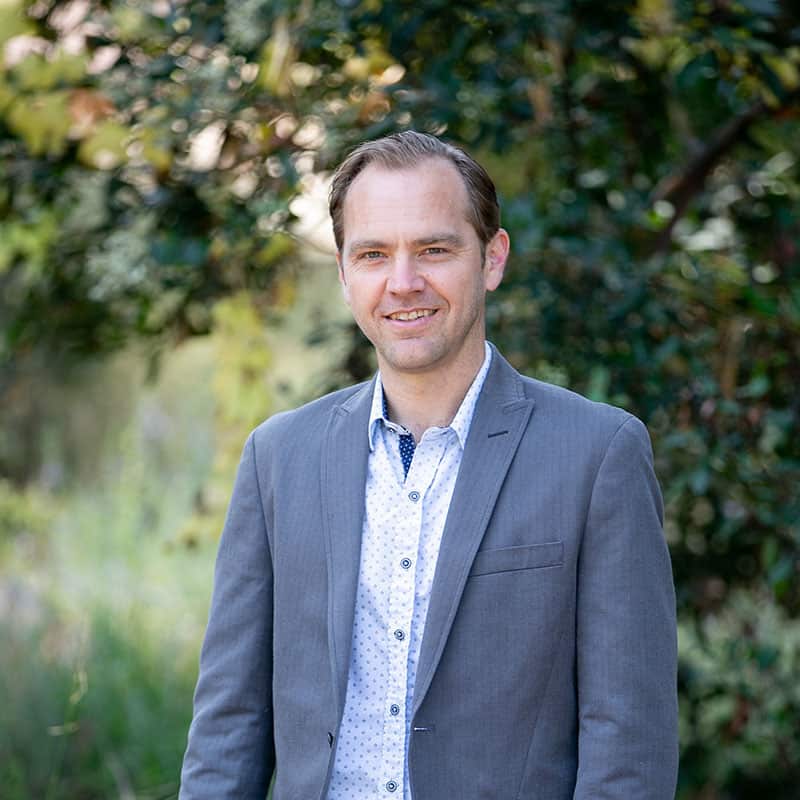 ​Jared Bauman is the Co Founder of 201 Creative Media, a digital marketing agency that specializes in SEO, Social Media, and Marketing for small and medium businesses. With almost 20 years of experience in business management and digital marketing, he brings a rich background of both knowledge and experience in helping companies grow.

Jared has a Bachelors of Science from the Univer​​sity of California, San Diego in Management Science. Prior to 201 Creative Media, he was a Co Founder and President of ShootDotEdit​, the premium post processing company for professional wedding photographers worldwide. In 2002, Jared founded Bauman Photographers​, a well known Southern California photography studio specializing in high end weddings and corporate headshots. Bauman Photographers established itself as one of the most successful examples of a customer-focused associate model, and after 11 years of profitable growth, Jared sold Bauman Photographers in 2012.

With a primary focus on business, Jared Bauman has provided the professional creative community with both education and leadership. Jared has spoken all over the country to photographers and creative entrepreneurs, helping them to understand what facets of business and marketing are most important to focus on. A 9 time speaker at the Wedding and Portrait Photographers International Conference​, Jared has conducted several multi-day courses on Creative Live​, in addition to two national speaking tours. In 2013, Jared released his first book titled “ Simple Steps to Master Public Speaking “, which reached #1 on Amazon in Public Speaking during its first week.

Jared lives in San Diego, California with his wife Sara and their daughter, Felicity. A good cappuccino and the Wall Street Journal are his perfect morning; a hike through a national park is his perfect afternoon; and a small gathering of friends and a (big) sip of Bourbon are his perfect evening. 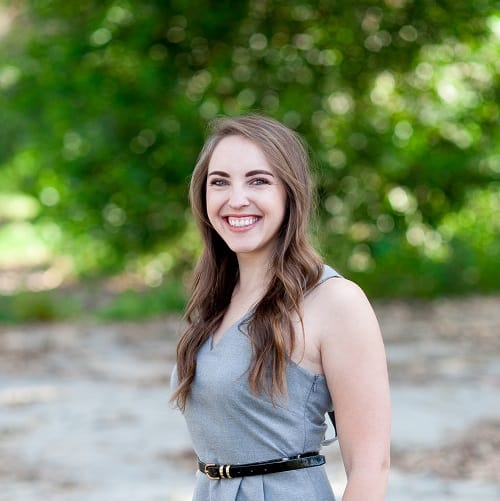 ​Kaitlin Cooper is the Co Founder of 201 Creative Media, ​and is an expert in digital marketing implementation and automation.

Kaitlin has a Bachelor of Arts from the University of San Diego. Before starting 201 Creative Media, she worked alongside Jared as the Marketing Coordinator at ShootDotEdit. Together, they built the marketing team from the ground up, and Kaitlin oversaw the execution of successful marketing campaigns and daily strategic processes.

Kaitlin has extensive knowledge in several marketing platforms, including Pardot by Salesforce, Hubspot, and Mailchimp. Understanding the process involved in converting leads to customers, Kaitlin has developed and deployed intricate email marketing funnels that are highly personalized and segmented to serve contacts custom content based on their specific life cycle stage. Through A/B split tests on both landing pages and form implementation, Kaitlin knows how to best create pages that serve valuable content and can progressively profile contacts to maximize the information known about each person. She is able to quickly analyze lists of data, and through complex segmentation and formulas, identify key trends and insights. Knowing that marketing and development are deeply connected, Kaitlin has also completed Developer Training courses. This has allowed her to take her marketing efforts a step further by being able to customize, update, and optimize various HTML templates, WordPress themes, and plugins.

Kaitlin lives in San Diego, California, where she’s rarely seen without a cup of black coffee in her hand (preferably dark roast). When she's not analyzing marketing data, Kaitlin loves to spend her time outdoors. Whether it's skiing up in the snowy mountains, electric scootering through the busy downtown streets, or snorkeling around the La Jolla cove, Kaitlin loves to explore and stay active. 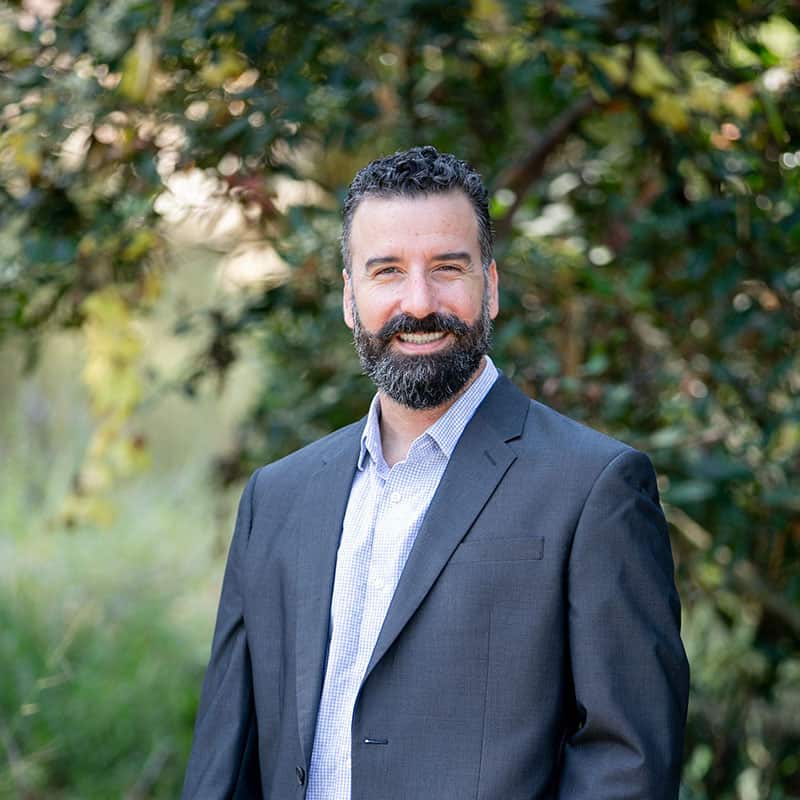 Zach Good is the Technical Director of 201 Creative Media and has seen the world of search from its infancy.

Attending UC Santa Cruz, he focused on surfing the big and cold waves at 3-Mile and Steamer Lane, competed on the fencing team in foil (at one time in the top 10 in the NCAA Western Region), and studied American Literature.

His life as an internet professional began in the late 90’s at NetCreate Systems Inc. (later purchased by Vicinity Corporation, which was in turn purchased by Microsoft). He began as an entry level HTML coder and over the years progressed to Integration Manager, managing the Integration Department with emphasis on turnkey websites for franchises and other businesses with multiple locations. He acted as project manager as well as liaison between HTML, programming, and marketing departments.

During this time he built his first website on the Geocities network called Underbelly, a popular site that shared reviews of San Diego dive bars.

He went on to form his own consulting business, Raggy Designs Inc., which later morphed into Good Optimization Corp. In his 15 years of independent consulting, Zach’s focus has centered around website design and internet reputation management with an emphasis on search engine optimization including technical, internal, and local SEO. His responsibilities have ranged from client acquisition and retention to keyword research, graphic design for print and web, HTML conversion, multimedia integration, QA, customer service and support, billing, sales, organizing contractors, and accounting.

Zach has extensive knowledge in search engine optimization tools including Google Analytics, Google Search Console, aHrefs, Moz, Screaming Frog and others. His background in project management ensures that client’s projects are delivered on time and on budget.

Zach has contributed SEO and website related advice and services for Jared in his business ventures for over 15 years, from Bauman Photographers to ShootDotEdit, and now with 201 Creative.

Zach lives in San Diego with his girlfriend Beth and his son Rudy, as well as 3 dogs, 4 cats, 2 fish, and a bearded dragon. He enjoys surfing, snowboarding, indoor soccer, boxing, and cooking. He prides himself in figuring out new and fun ways to prepare large portions of meat either on the grill, in the smoker, or under sous vide for days at a time.

​Learn More About Our Services